I’ve refrained from putting myself out there on the dating scene. It’s been about one year since my divorce and I just feel like I’m waiting on something. I don’t know what….maybe for my ex to have a eureka moment and try to win me back again. Maybe I’m waiting on him to date first. I have no idea how I would respond to seeing him with another woman. I would have to accept it. When I chose to leave I was choosing to allow him the freedom to be with someone else. I don’t believe that if I can’t have him nobody else can either. He deserves happiness. But so do I….so what is my deal??? 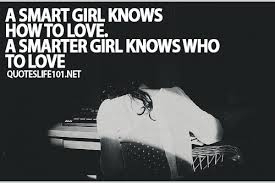 Someone recently asked me on a date. He told me he thought I deserved the best and I was worth the effort and he wanted to try to convince me to believe in that. Both that he wanted to devote the effort and that I deserved it.  Even as I write that down I feel strangely disconnected from my feelings about it.  You know the moment you catch someone scratching their butt from the corner of your eye, but they could have been tucking in their shirt tail – until they sniff their finger and your brain goes “wait a minute, REWIND!?!?! Did they just scratch their butt and sniff their finger? No way!”

What I’m trying to say is I did a double take when he said that.  I feel strangely like I should be looking over my shoulder and going, who me??

Because I’m just me. Divorced. Mother of a toddler. Still don’t have my bachelor’s degree. I live in B.F.E. I don’t own my home or my car. I have credit card debt (thankfully it’s not exorbitant, but still). Why can I think of 50 negatives faster than you can pick up a penny but I can’t think of 1 positive that fast? WTH is wrong with me? I get so frustrated with myself like geez, snap out of it! And on top of it I get defensive if anyone happens to agree with all those negative things without seeing the positive, because, umm, hello, I’m the only one allowed to think bad of me I guess?

But I’m still waiting. I don’t want my ex to know I might be dating. I don’t really want to date. I just want him to realize that all this time I have still belonged to him and I wish he would value that. I want him to see me for who I am and he probably never will. Or maybe he does but his own issues prevent him from taking any action.  I don’t know who to love and I definitely don’t know how to love.

My mind knows that love is not a truly all the negative things I’ve associated with it. Why do I feel like I have to fight for anything good in my life? It makes me feel guilty to even enjoy anything good without a painful struggle. How messed up is that? In order to have good things in my life I must suffer first? Phhhttt…I read that and I just want to shake my head at myself. I really, really want someone else to look at me and see all those positives that I can’t think of.  So this guy says he does…and I scoff.

I know I will mess it up. I’m still hurting. Hurting people hurt people. He’ll pour a lot of effort into this broken vessel and I’ll just leak it all out everywhere. Nothing will be good enough. I won’t ever be satisfied until I am satisfied with myself and how on earth do I achieve that?  I will fight with him and walk all over him, I’ll try to dominate and control every situation. I won’t appreciate his patience or generosity, I will see it as a weakness and seek to exploit is just as my weaknesses were exploited. I will do unto others as has been done to me and I will regret it later. I’ve already  left a trail of tears behind me. I have to live with the knowledge that someone else looks in the mirror and remembers how I belittled them. I don’t want to be guilty of it again. Right now I want to use before I can be used. Right now I’m building fortresses and battlements and tearing them down only to build them again.

I just want to start over. I want a new life! A life less confusing! I want to make different decisions so I’ll end up somewhere else and hopefully I can escape everything I stuff deep down inside. I am so good at not feeling too much and not thinking too deep. It makes life easier, for a while. Until my defenses come crumbling down and of course I’m always alone to pick up the mess. When I’m weak there is no one to hold me. Thank goodness for body pillows.

2 responses to “Who to Love”

What do you think about all that?